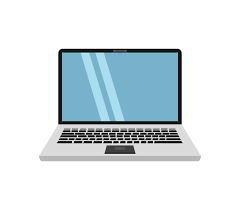 For the conference we will be using the Whova platform. Information will be sent to all delegates. Networking will be available throughout the conference via the online platform. We encourage you to make use of the platform’s networking features.

Click on the MORE button below to see the three-day conference programme.

This session will provide a comparative overview of the CoE’s countries’ compliance with the AML regulations. What is Moneyval doing to address any deficiencies? Have such actions been successful? Are smaller countries in a more difficult position vis-a-vis the bigger ones?

Following the MONEYVAL, GRECO and other reports on Malta, our country expressed its ambition and commitment to upgrade its Regulatory, Supervisory and Enforcement resources to, not only satisfy international requirements, but also because it firmly believes that the way forward for each country is to have clean business.

Malta was the country that brought to the attention of the world the need to take climate change  as an international responsibility at the UN level. The European Green Deal is the new growth strategy launched by the European Commission with the aim of attaining a sustainable financial system as a long term investment. In this regard, the financial services sector must assume social, environmental and developmental responsibility.

A number of global reports, international discussions and legal requirements such as DAC6 and Pillar II show that taxation in most countries will experience a transformation.  In this session we will hear first hand from the leading tax experts in Malta what discussions are being held at international and European fora, and what Malta can do to keep its tax system attractive, while at the same time, keep in line with regulation and best practice.

(Pre-recorded) What kind of Innovation are we likely to experience in the New Decade? How will this impact countries within the European Union? Who are the leaders in Innovation and what is the formula to achieve this? What has Malta been doing in order to lead the way in Financial, Insurance and Regulatory Technology? Where do we stand today? And what is the way forward?

Moving Forward: the Central Bank of Malta’s Payment Hub
The Central Bank of Malta has introduced a new euro denominated payments infrastructure which will enable it to offer clearing services to credit and financial institutions. The Payments Hub will provide a solution for institutions that were previously dependent on correspondent foreign banks.

Asset Management in Malta has, for a number of years, been considered to be a core traditional sector which contributed significantly in Malta’s financial services industry. In this session we will discuss the next steps to make this sector more innovative to keep Malta attractive in this sector in the new decade.

Notwithstanding the disruptive technology and other factors that are having an impact on Malta’s financial services industry, the insurance industry seems to be the strongest and most stable sector on the island. In this session we will analyse what has made this sector so resilient, and what we can do to make it even more innovative?